The production of CFCs has been banned in the United States since the late 1980s, and it is illegal to disperse the chemical into air. According to EPA rules and regulations, only a certified technician to allowed to remove the CFCs from a refrigerator. A trained technician has developed the skill set required to safely remove the CFCs to prevent any of the chemical compound from being released into the atmosphere. The process to remove and dispose of CFCs is as follows:

Mercury thermometers were commonly installed in old refrigerators so you could tell how cold the refrigerator and freezer were at any given time. Mercury is a heavy metal that can accumulate in living things, including humans, and cause a number of health problems.  A regular recycling worker will unscrew the housing plates holding the thermometers in place remove them. The old thermometers are typically saved together in a container until the recycler has enough of them to send to a facility that will reuse or incinerate the mercury.

PCB was commonly used in electrical capacitors to keep them lubricated and cool so they wouldn't overheat and start a fire. Refrigerator capacitors are typically connected to the housing of the motor and have a protective tin cover over them. A recycling center employee will unscrew the protective cover and remove it. The employee will then unscrew the capacitor from the side of the motor. The capacitors aren't much bigger than the thermostats, and a recycler will typically set them aside until he has enough PCB material to send to a facility certified to properly dispose of the PCBs. Visit http://www.puremetalrecycling.com/ for more information. 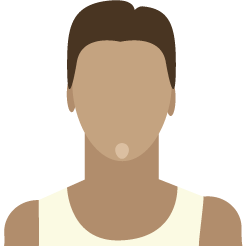 Planning a large construction project can be stressful as the project leader. As a consultant for large construction companies, I see project planners buckle under pressure all the time – usually because the right support systems and resources are not put into place. It takes more than a good plan to pull together an effective and stress-free construction project. Finding the right service providers, laborers, and plan developers is just as important. This blog was designed to provide those in the construction world with tips and tricks for getting a job done in a straight forward and profitable manner. From project supply ideas to support service options, hopefully you can find some answers to your pressing questions here.